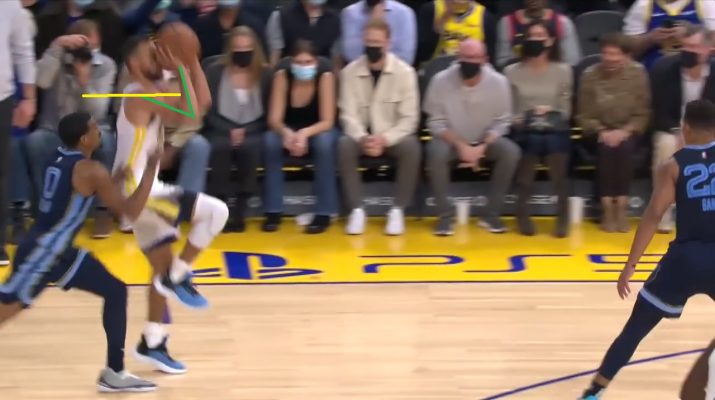 Stephen Curry’s clutch shot was 8 in 0, this was so embarrassing. So Steph realized he should evolved his three point shooting style, to make the clutch shot more and more stable.

And he did, last week, Warriors VS  Grizzlies, Steph shot a a special three with rared one leg shooting form.

Just as the gif below:

This shot was really amazin and Steph also show us a unbelievable expression: 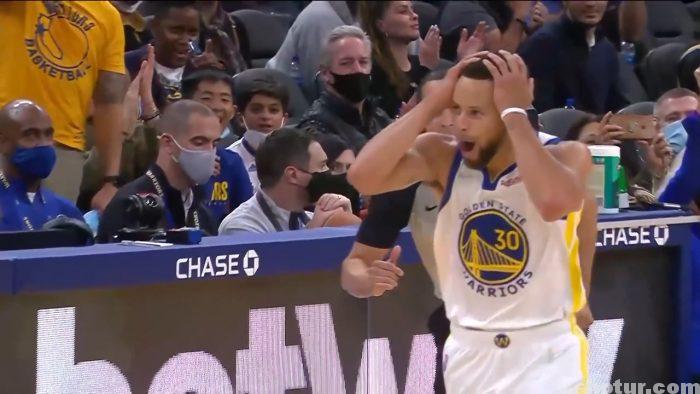 Why Stephen Curry so happy? This not only for a good shot, just because his new weapon was done.

About one or two years ago, I found Steph made a new shooting style in the training, that is one leg shot:

In the first year, the technology was not familiar enough, so Steph just took the one leg shot for mid-range:

And after 2 yeas training, finally, the One Leg Shot can be used for a three: 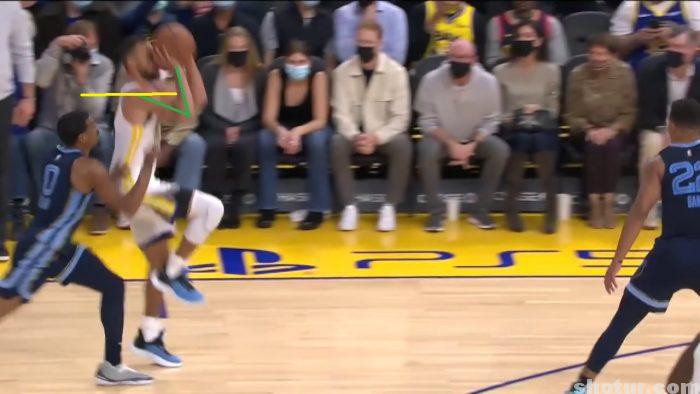 The yellow line is marked as horizon line, the green line for Curry’s right arm.

We can see the details very clear, Steph’s right elbow was as low as possible, this low elbow shooting form will make his shot with least force.

But we can see Stpeh was one the left of the defender, that was not very rational, the popular way is run to the right side:

That will enlarge the space, that the defender on your left side will more difficult to blow your shot.

At last, let us check the release hand feature: 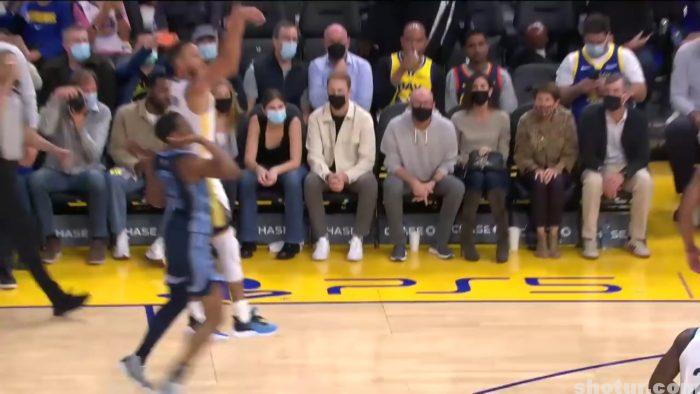 The right hand and right forearm almost make a 90 degree angle, this is the biggest angle for releasing, it was good enough.