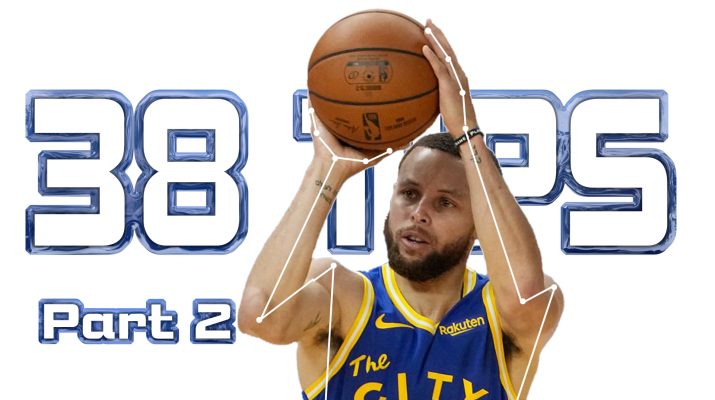 11. Lift Ball From Right Side 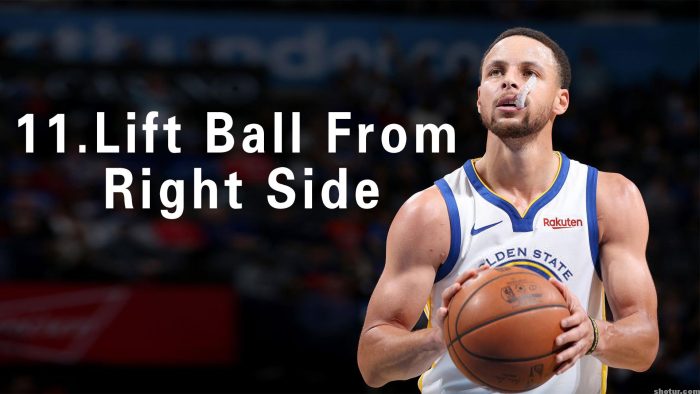 When we training our basic skills, we should catch the ball on the right side of our body, not the center of the body.

Because this way will easy to lift the ball to right shoulder, to connect our right hand and arm release the ball in straight force line on the right side.

Lift ball from right side, we can catch and shoot with less time, the trajectory will not through some additional part of our body.

12. Right Hand On The Top Right Of The Ball 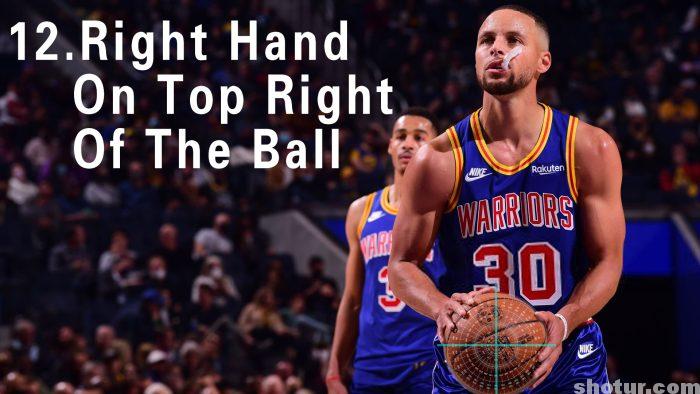 When we catch the ball before we shoot, with Stephen Curry’s shooting form, our right hand will on the top right of the ball.

Only at this place, we can lift the ball to the correct release point quick and naturally.

We can palyback our shooting video, from release point to catch ball position, you can see your right hand is just on the top right of the basketball. 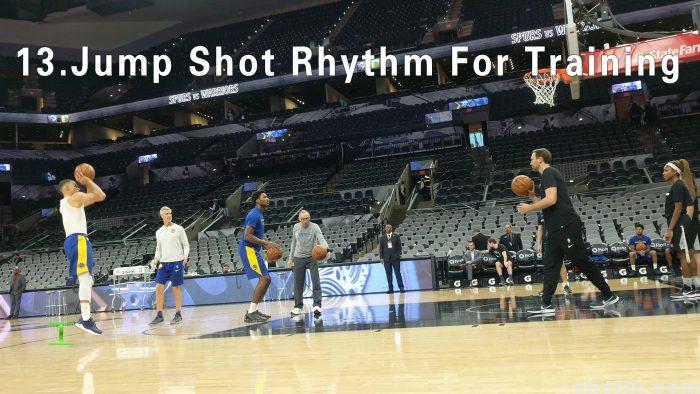 Check normal players’ shooting training, we always found their release point is just on the ground, but almost all professional NBA players’s release point is in the air when they are training.

That is a huge difference, we all know the advantage of this pro shooting training, we can train every shot just like jump shot.

After master this technique, we can make our jump shot much more stable, and our shooting in games will be better. 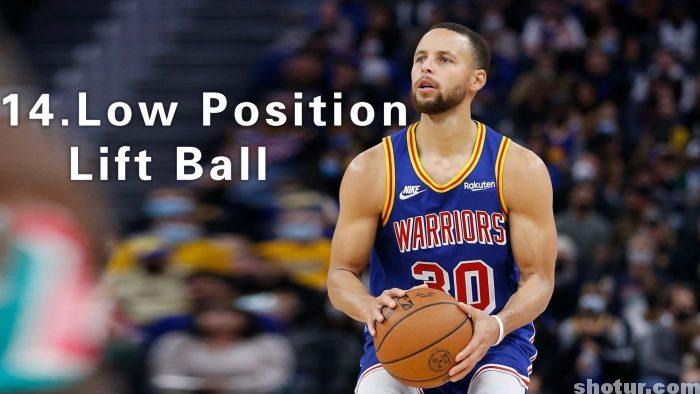 Why Stephen Curry’s shot seems like use less power, this tip is a key. When we lift ball from our abdomen or even between thighs, we can feel we shoot a ball much more easier.

This just because we lift the ball with a longer route, so the inertance of the lift force will be more. So if we shoot a ball with this low position to lift ball, we will have a longer shooting range, even we can take a logo shot. 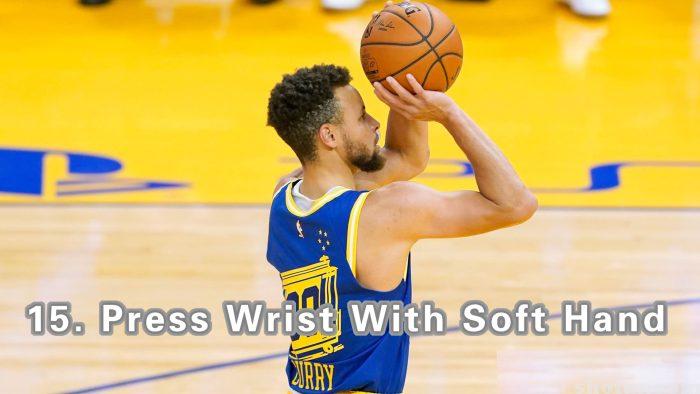 We know Stephen Curry’s shooting form is soft hand type, so his wrist must always relaxed. If we do not train our one hand release skill from right shoulder very well, before shooting, our wrist will always not ready for releasing.

After training this technique more than one year, you will have a scientific habit to release the ball. When we shoot a ball with evolved shooting form, our wrist will instinctive keep the release skill. 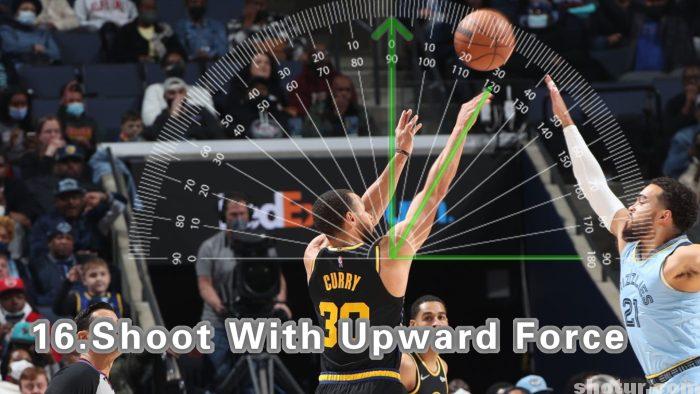 From this tip to tip 28, it will be advanced tips, that means you’d better train these skills after playing basketball 3 to 5 years, you must have a good base to try these tips.

Stephen Curry’s shot has a special feature that the other shooters do not have, a super high arc, this make Steph’s shot much more accurate.

We all know a rule that higher the arc, bigger the hoop. So if we always can shoot a ball with this high arc, that means our hoop will be bigger than the others.

How to release the ball with high arc, we need to give the ball a upward force when we releasing. We need to roll the ball to the point B, not Point A, with low elbow shooting form will be better, and then our shot will have the high arc. 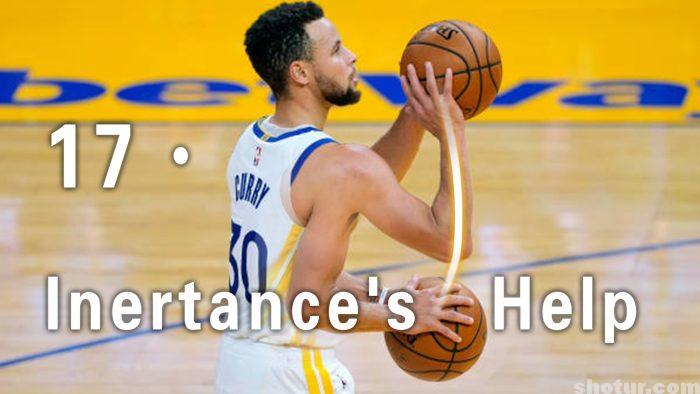 We can see Stephen Curry’s shooting is comfortable and relaxed, that because of his shooting form use less force than the others, his shot always borrow force from the inertance of lift ball. 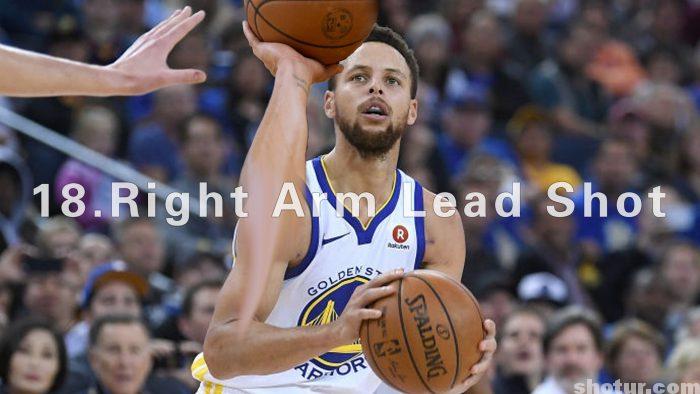 Even several years ago, many comments said Stephen Curry’s shooting form is two arms form, so he can shoot a ball so easy.

But actually Stephen Curry gives the answer several times, that he shoot a ball with one arm, only this can give the ball a pure straight shooting force.

So when we catch the ball, our two hands cling the ball, at that time, our right hand will lead the ball just like one hand shooting training, our left hand just assist to keep the ball on the right place of our right hand.

The whole shot just like completed by only one hand and one arm on the right side of the body, and then, you will have a straight shooting force.

19. Watch The Ball After Release 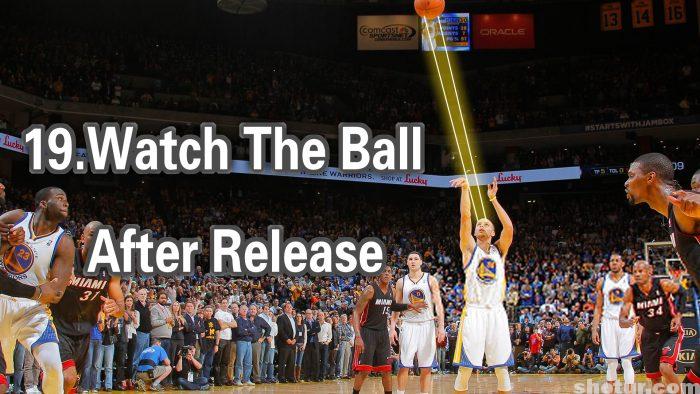 In basketball system, there is a concept, we called it visual fear. For example, in the night without enough light, we can not jump as high as in the daylight.

So after Stephen Curry releasing the ball, he always watch the ball, check the rotation of the ball, it can overcome the visual fear, make the shot higher arc, longer range, and do not fear the block. 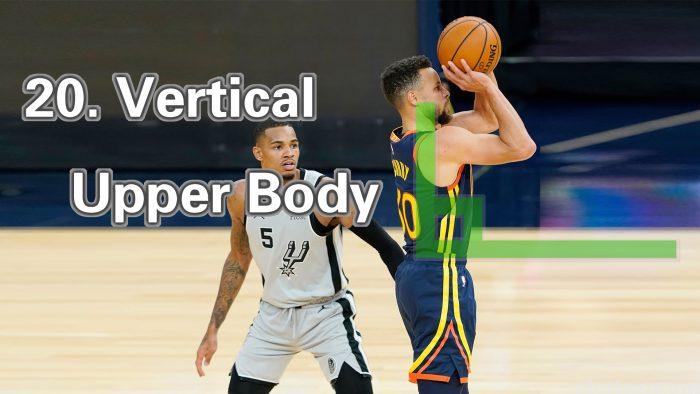 Check the top level NBA shooter’s release point, we can find they are almost all with the vertical upper body. Stephen Curry is also have this skill, it make his right arm has more space to shoot a ball, and release the ball much more free.

No matter a jump shot or stand shot, when we upper body vertical to release the ball, our shooting force will be more agglomerate, we can easy to take a long shot.